Here are the rest of the units:

The Grand Mistress of the Celestial Tower. This is the Dominion boxset Yndrasta straight out of the box. What a killer model! She is accompanied by two Seraphim Paladin bodyguards. These are Prosecutor models with spears and shields from the Vindictors. You can get spear and shield armed Prosecutors but I fell foul of an EBAY deal where the 'on sprue' thing only meant the hammer-armed models not the entire sprue! Sigh... Anyway, I kept the original helmets on these and will paint the face plate as flesh, as I figured flyers would need a good field of vision on their helmets!! Reduced Model Unit of Elite Foot with Flyer. 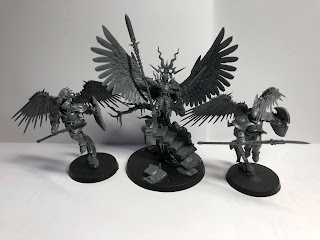 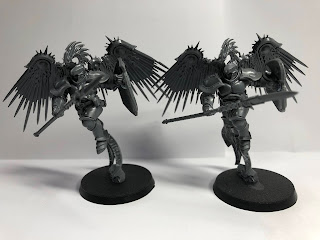 The Paladin Banner Guard. These are the Knight Vexillor and Praetors from the Dominion box set with the usual hornless Chaos helmets with Pallador plumes attached. The Knight Vexillor has had the banner removed as I want to do a handpainted paper one without Sigmarite stuff on it. Reduced Model Unit Elite Foot. 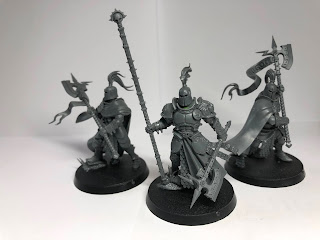 Celestial Spear Guardians. These are the Vindictors from the Dominion box set with hornless Chaos helmets. The leader has a Pallador plume attached. Reduced Model Unit Offensive Heavy Foot. 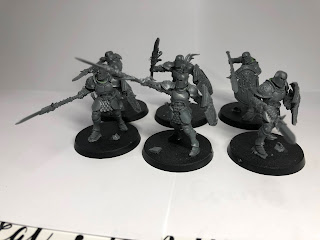 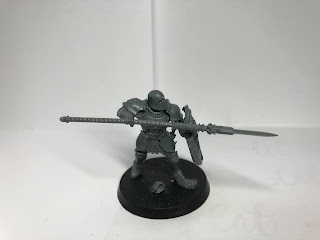 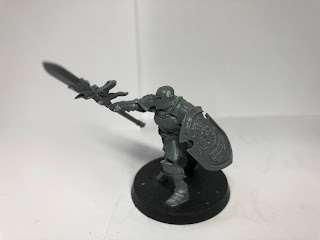 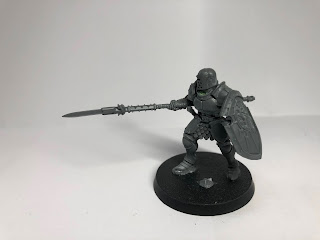 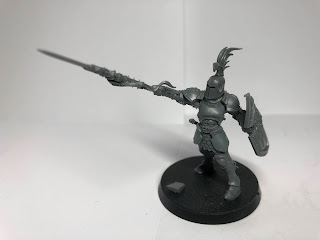 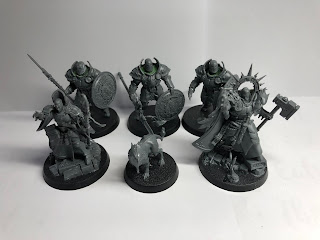 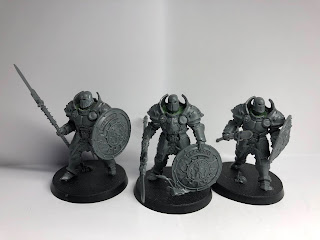 The whole lot can create a 36pt war band which is standard size for me.

Posted by GuitarheroAndy at 08:31 No comments:

Dragon Rampant Warband - The Knights of The Celestial Tower

I've been thinking for a while about a new Dragon Rampant war band, mulling over using Games workshop's Stormcast Eternal range to give me a slightly Excalibur movie 'shining steel' chivalric knights war band, albeit with more fantasy elements and I've finally set about it!

While I love the ridiculously OTT plate armour of the Stormcasts, I HATE the helmets and the oversized hammers so it was with some trepidation that I began my quest to set this force up. First, I had to locate possible heads. I tried two options - Puppets of War Spartan heads and GW's Chaos Warrior heads (minus the horns). The former were sadly just a little too small for my tastes (although others may well have been happy with them) so Chaos it is!

Also, the Age of Sigmar 'Dominion' box set has just come out and EBAY was full of half-sets from the box set, so I bought the Stormcast bits, then scoured EBAY for other stuff to give me the other units I need. The box contains 10 Vindictor models, all of which are basically armed with spears. It also includes some Praetors armed with halberds, so that was a result. I'd already decided that all units would be single or reduced model units so I only needed 6 Vindictors, so the remaining spears were used to convert other models' weaponry, removing stupid hammers from those who had them.

I've built the first units and here are the first two. Hopefully the others will be done later today.

Here are the Celestial Lancers. These are Pallador knights with Vindictor spears and the sword from the Standard bearer from the Dominion box. The horses are from Matt at Mousillon Miniatures via Easy, who resized three of the faux-Bretonnian Calix Knights that he sells to fit my needs and did me a very good deal on them. Excellent 3D prints from a superb company. Matt went above and beyond on this and I recommend him wholeheartedly! The helmets have plumes from the original Pallador set. I'm really pleased with the movement in these models! They can be either Elite or Heavy Riders depending on how many points I have to play with and are a Reduced Model Unit. 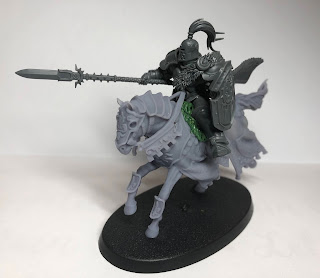 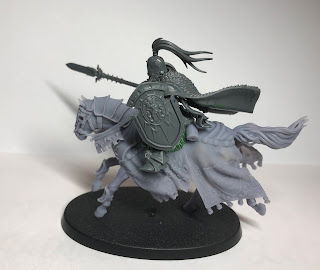 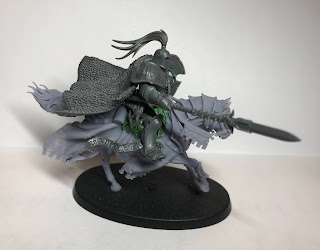 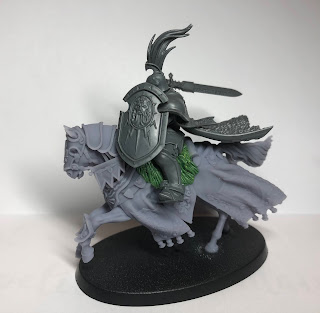 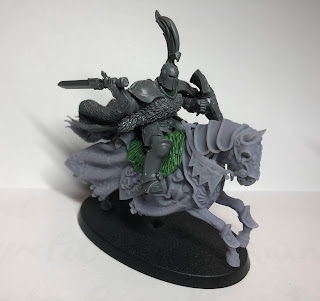 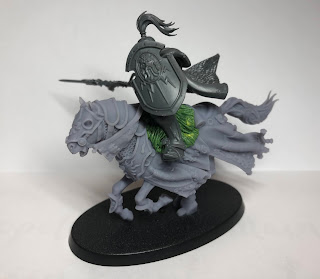 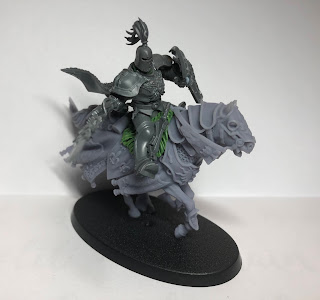 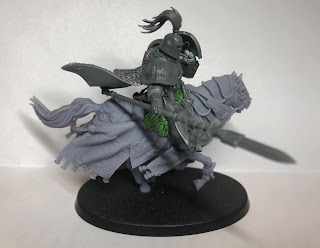 Next up are the Celestial Marchwardens. These are GW Farstriders with GW Chaos Marauder heads. I left the horns on these as in my backstory for this war band (which I'll share later), these are barbarian hill-tribesmen from the wooded hill-country on the Northern borderlands who have resisted the lure of The Abyss (Chaos) and have been recruited by The Celestial Tower to guard the Northern border. They are Scouts and are also a Reduced Model Unit. 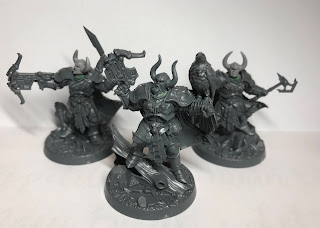 Posted by GuitarheroAndy at 03:46 No comments: