Just lately, Cameron (who just turned 8 years old...8...where has the time gone?!) has been enjoying playing Rome Total War on my Mac and, as the other weekend included a Saturday with a deluge of almost Old Testament proportions, we decided to combine toy soldiers with Rome Total War and play 'Romans Rampant'!!!

Yes, we dragged out Dragon Rampant and played it with Late Republican Romans! Both forces were identical with 4 units of legionaries (offensive heavy foot), one of which was the 'commander', which meant we stuck a nice 'genera;' figure with the unit as a reminder; 1 unit of Gallic horse (heavy riders, or whatever DR calls them); 1 unit of either Cretan archers or Balearic slingers (scouts) and a unit of auxilia (Greek peltasts/Spanish Caetrati types) which we classed as bellicose foot.

We attempted to design a special rule to give the legionaries the pilum, but it was crap, so I won't bother explaining my failings!! cavalry and bellicose types also had short range missiles, although I soon realised that given their wild charge, this was pointless for the latter (I wasn't having a good day, clearly).

We reduced the distance between units from 3" to 2" (which looked better) and adopted the TMWWBK approach to activation, so failure didn't end the turn - far better when playing with an 8 year old!

Anyway, we set up a standard bearer model in the middle of the table as an 'objective' and off we went!

In the event, it was fun to move some models and roll some dice, but the identical forces did make it a bit 'best dice wins', although tactics and deployment did play a part. We enjoyed it and it passed an afternoon that otherwise was boring us due to the monsoon outside and nothing of excellence on telly!!!  Here are some pics... 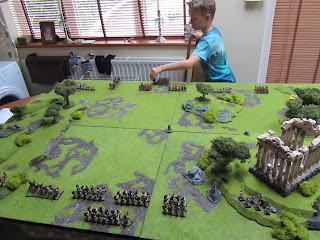 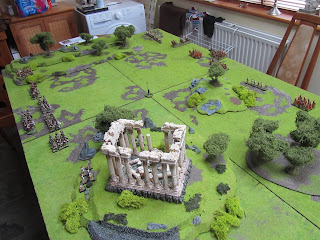 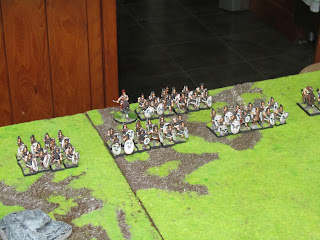 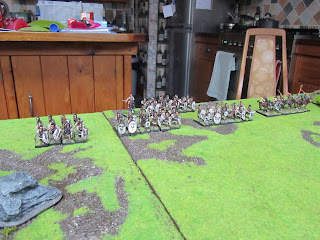 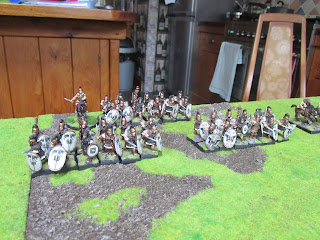 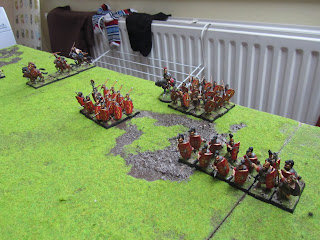 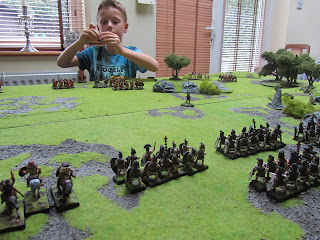 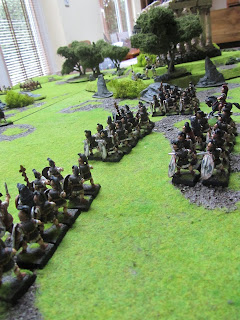 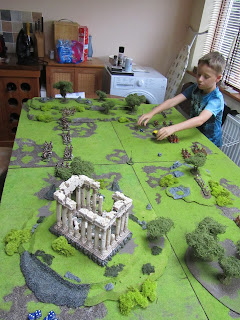 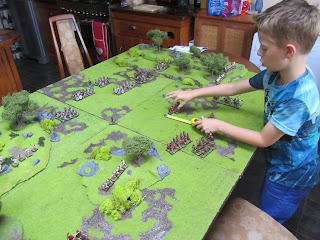 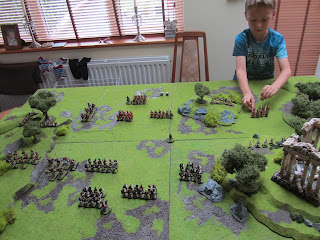 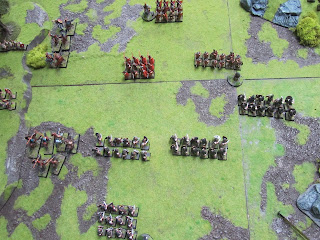 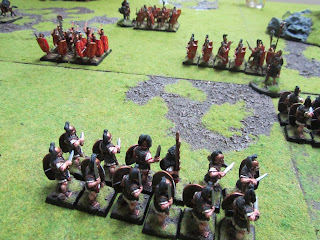 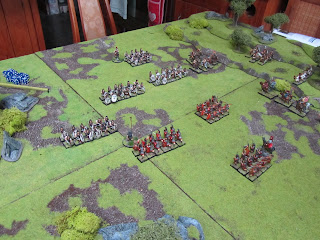 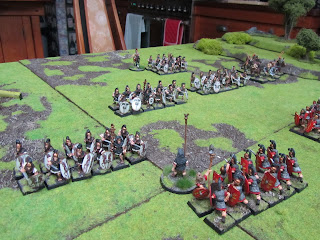 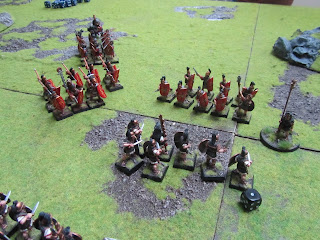 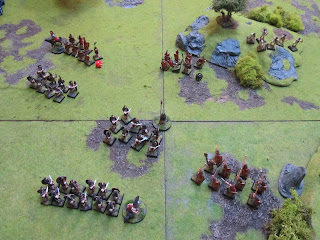 Next time we may try another 'pilum' rule, perhaps something like allowing legionaries to re-roll 1s in the first round of combat for each unit...needs more thought...
Posted by GuitarheroAndy at 02:04 8 comments: