Age of Warlords Round 1 Pictures 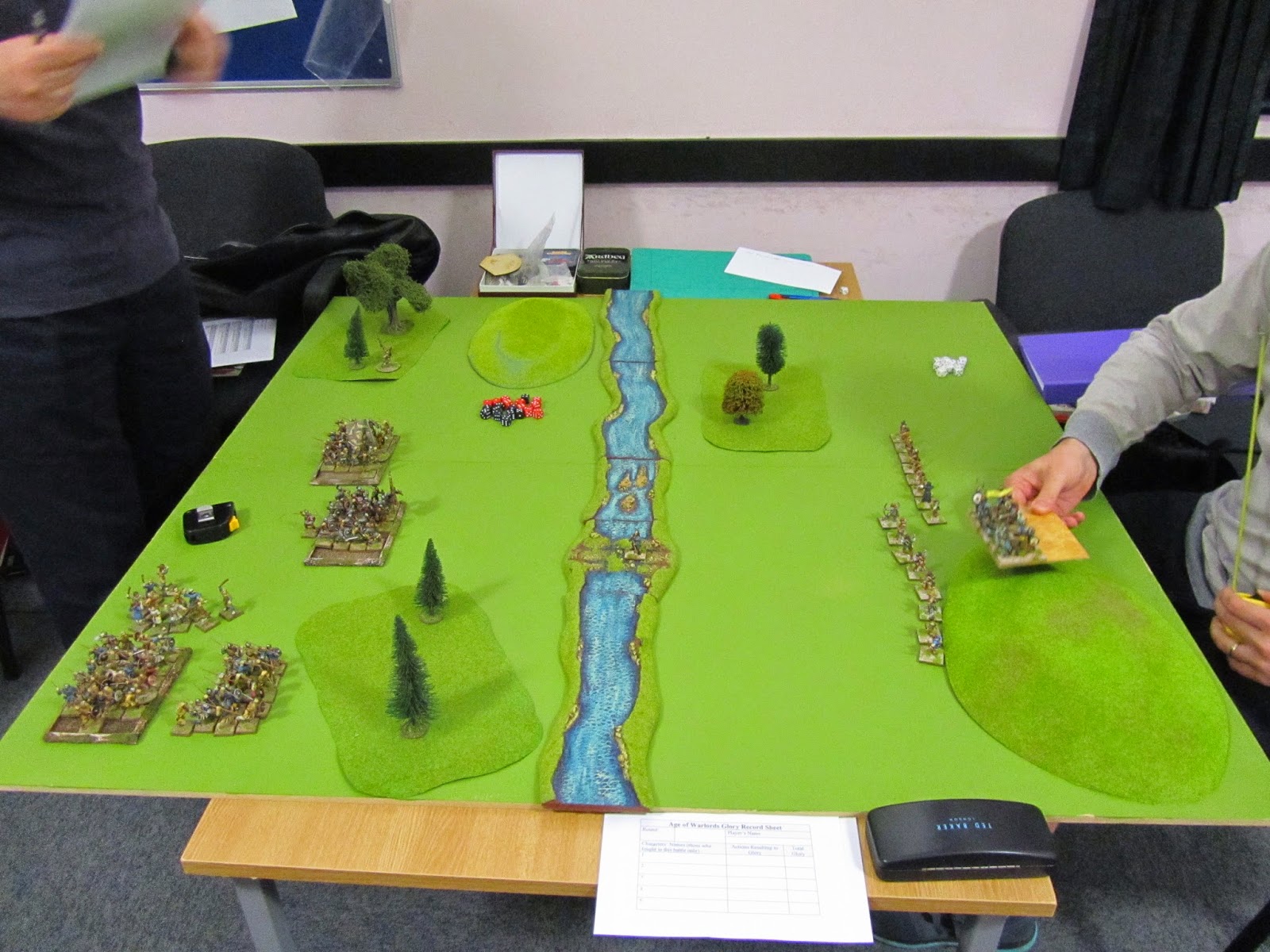 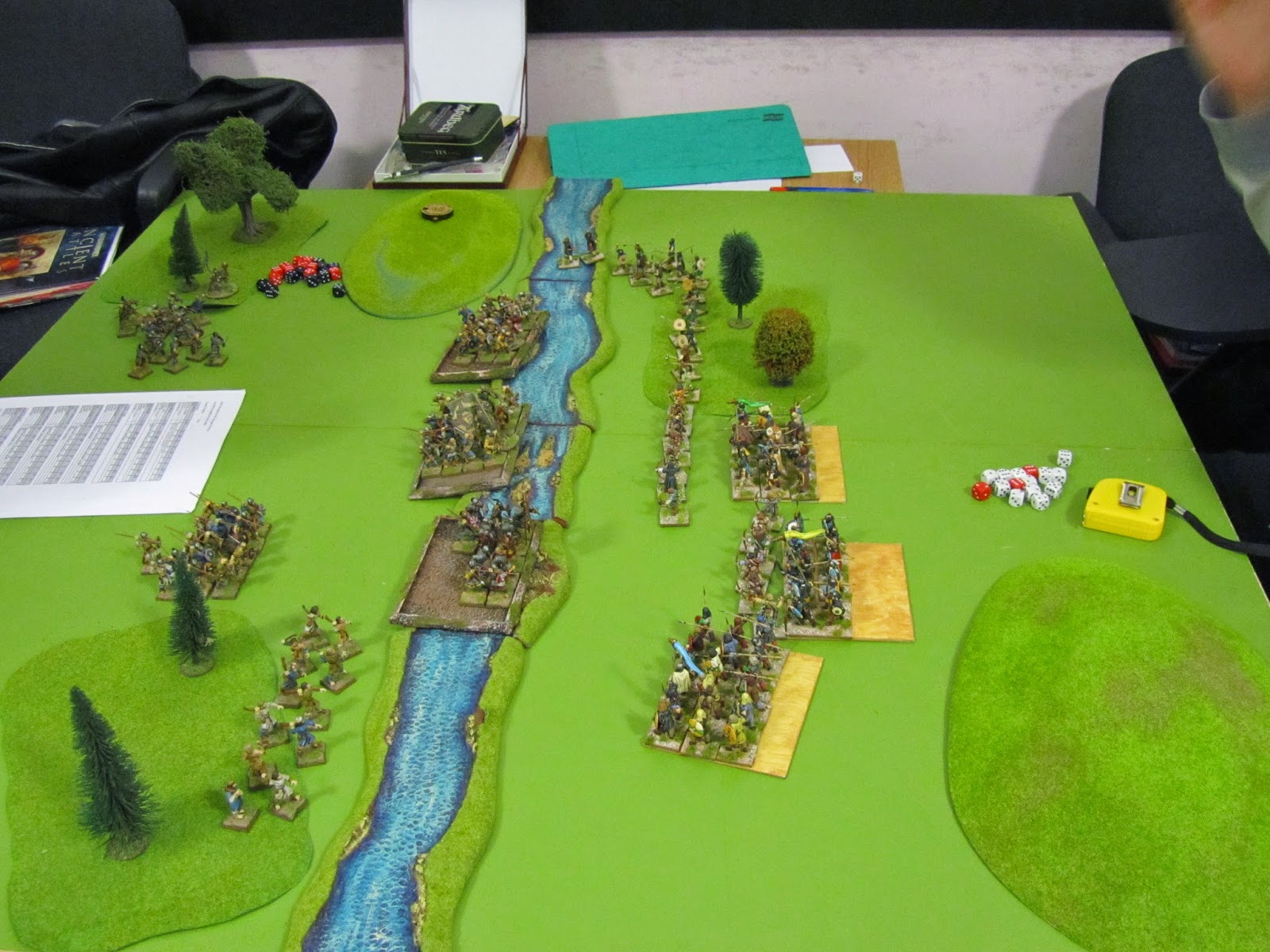 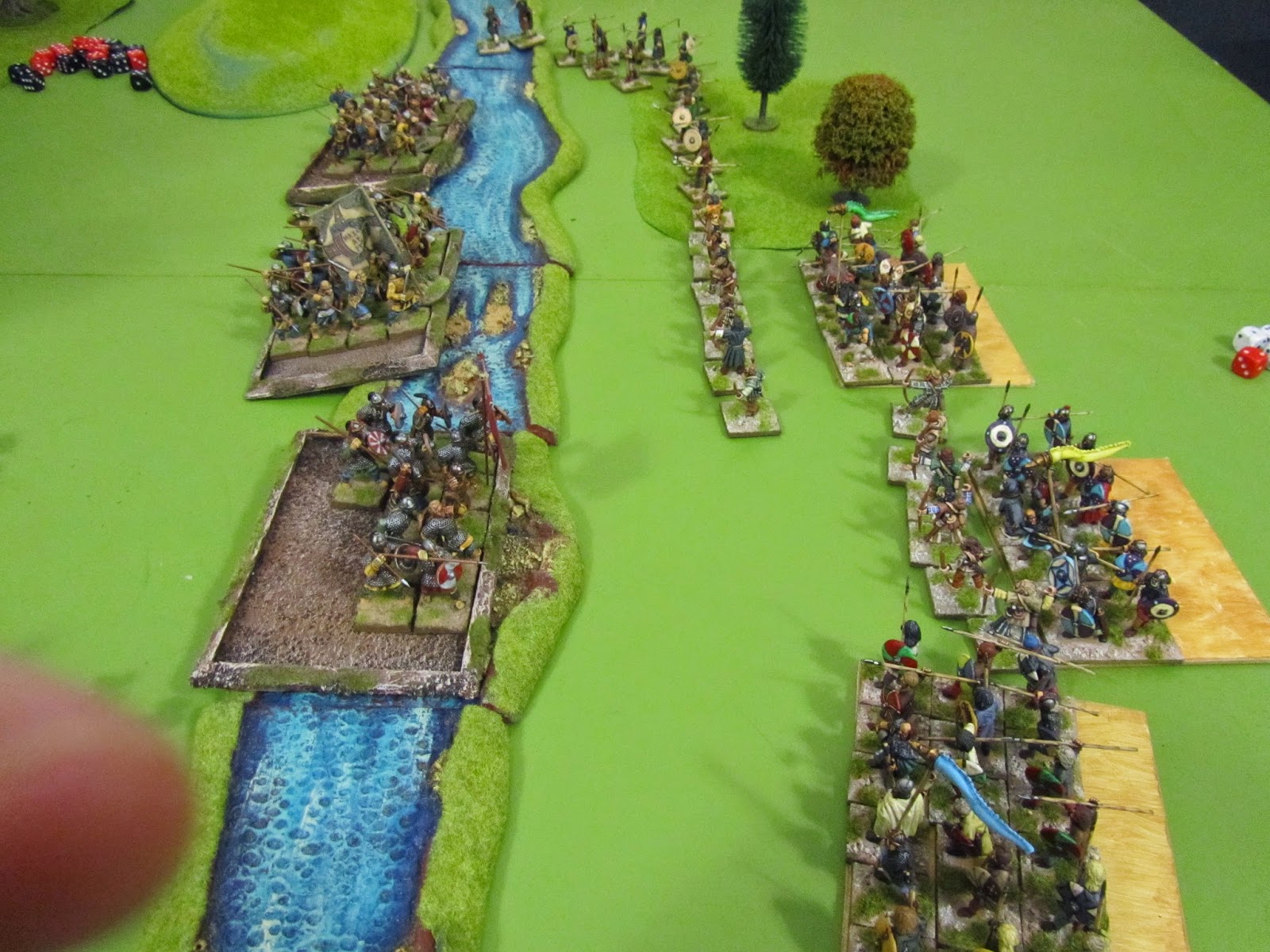 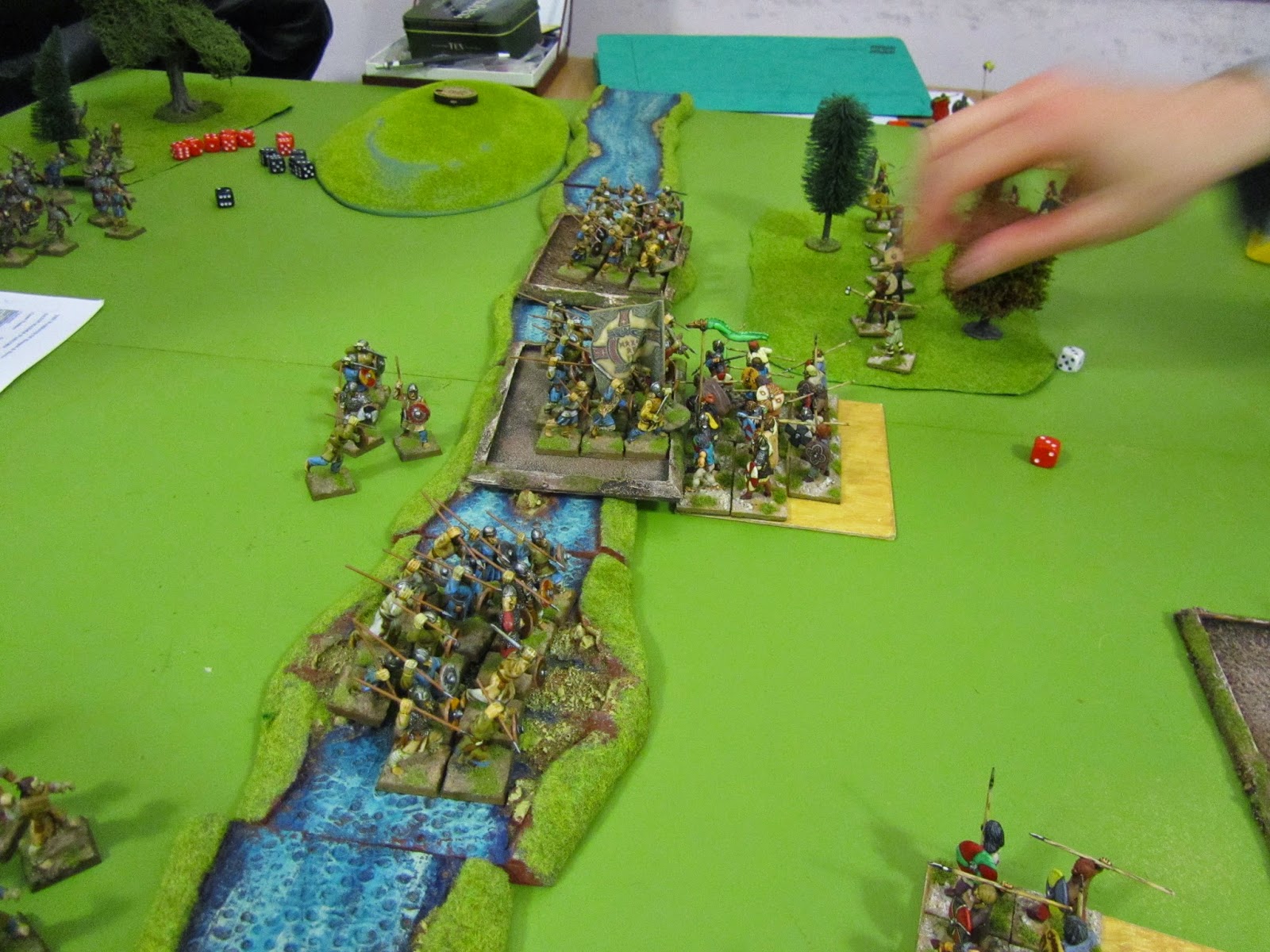 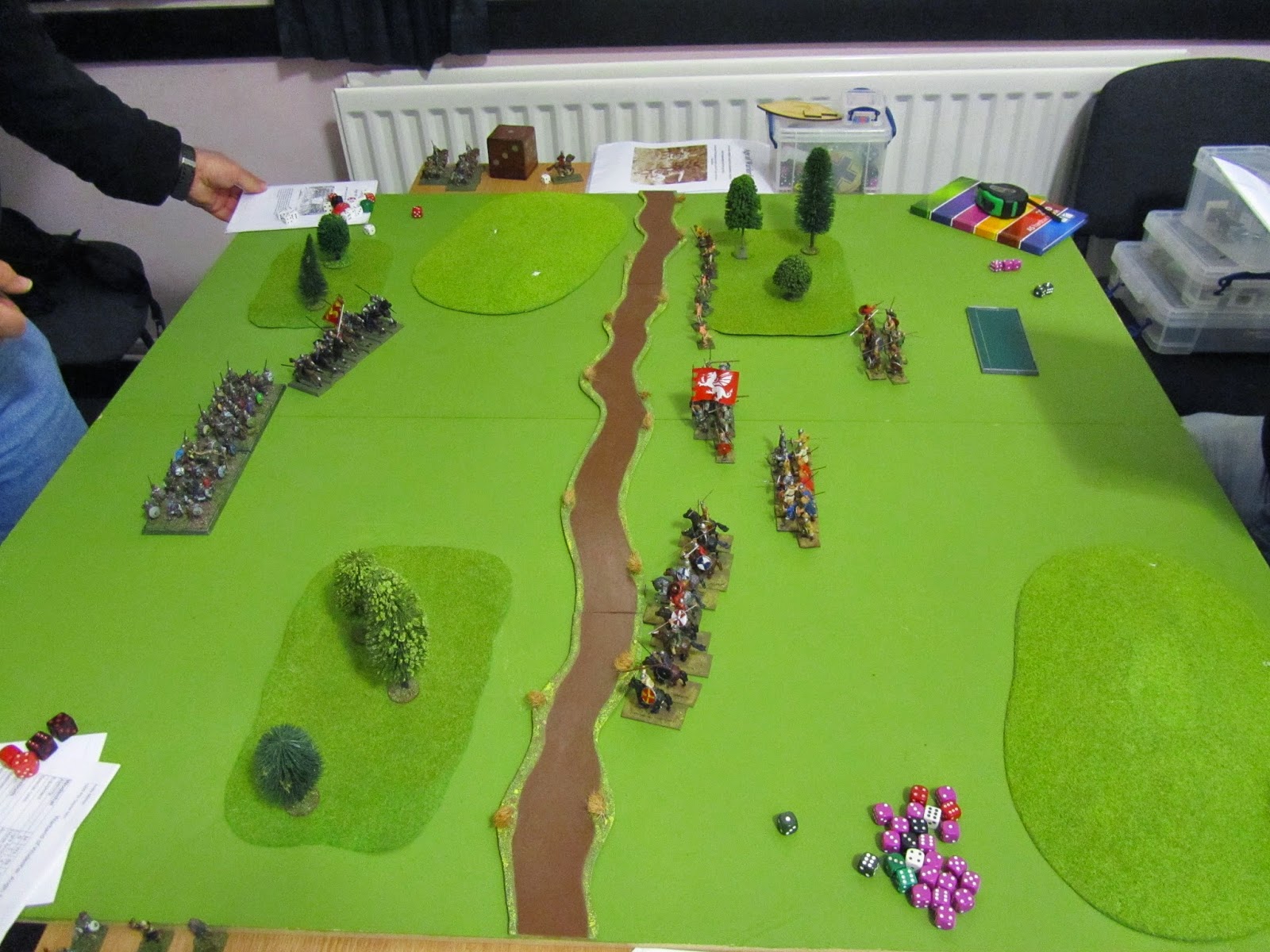 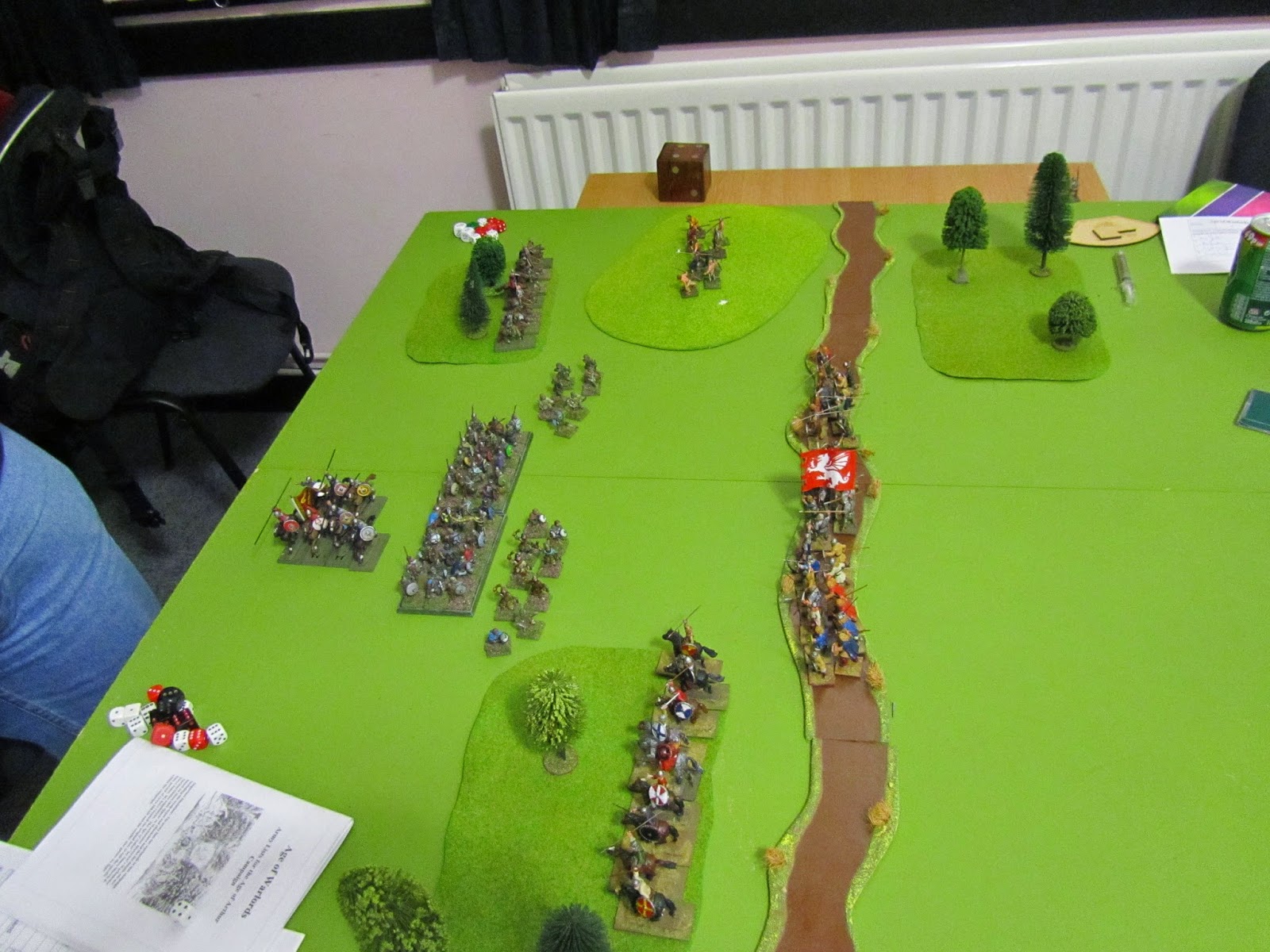 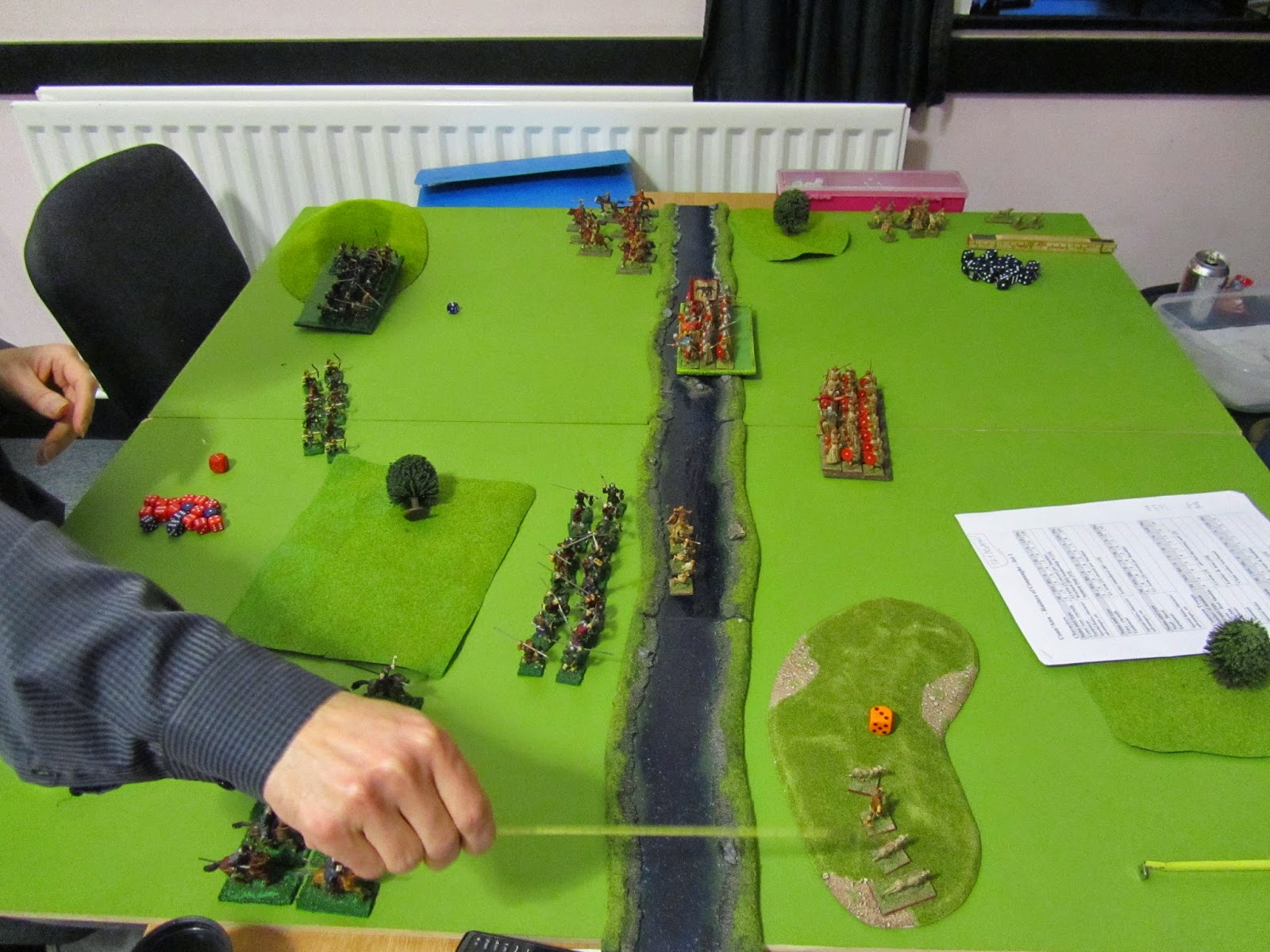 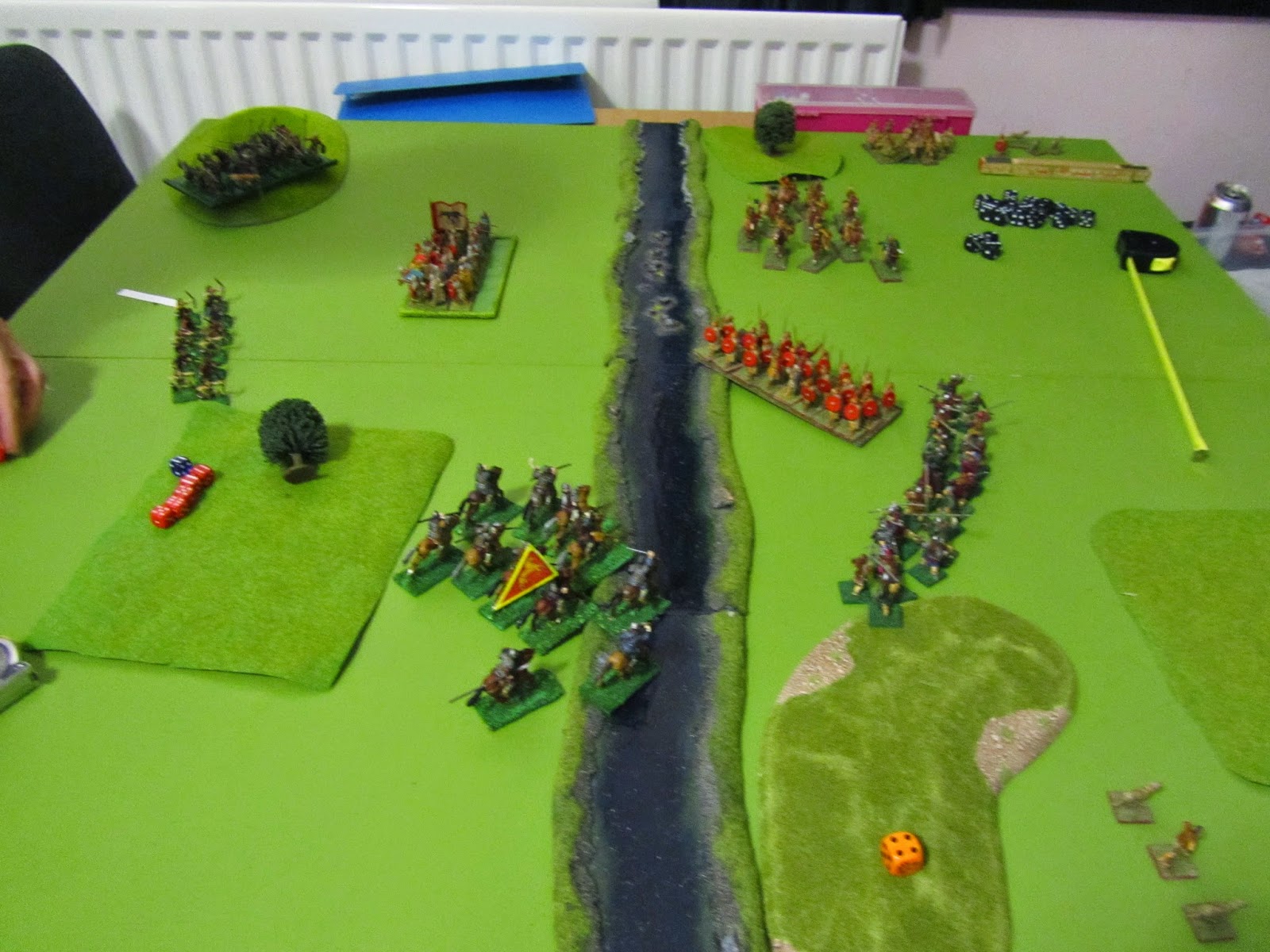 ...And finally, a bunch of pics from the doubles game that I played with Bedwyr and the allied British war band (for Conn-Ann's faction) against Phil's Picts (the great Brude himself) and Tony's Saxons... 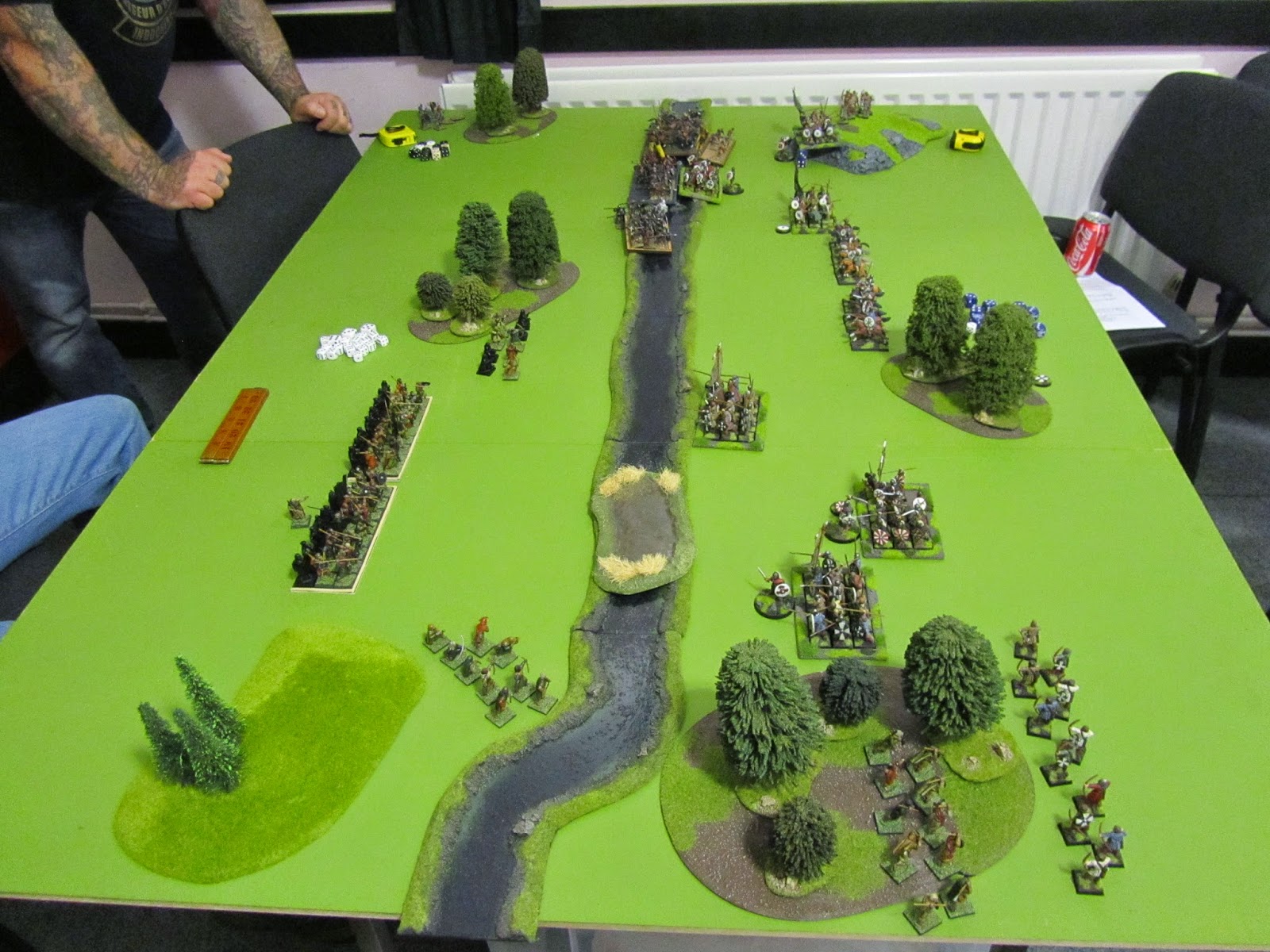 Brude waded through the ford, surveying the carnage. Dead Britons were plied thickly along the river bank and within the ford. On the slopes of the hill leading down to the river, Berct, the king of Brude's Saxon allies was busily heaving the mail-shirt off the dismembered corpse of a Briton noble - the king or, at very least, a prince, judging by the quality of the armour.

"You and your men did well, Saxon. It shall be remembered." Brude stared around him once again. He could not believe the destruction!Across the battlefield, his own forces had engaged in a brutal day-long struggle against the Briton king Bedwyr ap Custennin, a man whose forces had in recent memory inflicted mighty defeats on two Saxon kings and who had tested his own army to its limits. Although his light troops had stripped away Bedwyr's cavalry and archers, the Briton nobility had forced his own bodyguard back and the British foot had crossed the river, forcing his won warriors back in disorder. If it hadn't been for his allies crushing Bedwyr's allies... Brude forced the thought from his mind. The ford was won and Bedwyr's men had withdrawn, albeit in good order. They would fight another day.

But now, the work of ravaging the enemy lands would occupy Brude and his men, along with his allies. These Britons would rue the day they aligned themselves with Conn-Ann...of this Brude was certain!

So, round 1 of Age of Warlords is complete! The forces of Brude have taken a massive lead in this round, with 2 mighty victories, 1 close-run victory and 1 mighty defeat. Due to a player pulling out, I had to command two Briton war bands in my game, with the results as noted in the narrative above. My main force (Bedwyr's army) basically achieved a bloody-stand-off against Phil's Picts, with failed war band tests causing mayhem on both sides and the Romanised equipment of the Britons telling in the final combats, although Phil played it well, as he had 'loyalty' with his general, thereby ensuring that, in the final combat of the final turn, although he was almost certain to lose it, he would withdraw in good order and contest the ford which was currently being claimed by one unit of my combrogi.

The additional Briton war band that is being used in Grahame's faction was destroyed to the last man by Tony's saxons. I didn't play he game badly and Tony didn't really play it any better than me, but he won the crucial combats and made a couple of critical break tests that prevented major units in his army from being destroyed. So, although I felt I played well, the combined points difference meant that I suffered a mighty defeat! So bad was it for the allied Britons, that, not only did three characters die in the game, but two died permanently in the post-game sequence!!! Yikes!!!

Anyway, the results of round 1 mean that Brude's armies will be the attackers in round two, and the scenarios will be a variety of capture places, people, etc, scenarios.

Pictures from Round 1 to follow, as Mrs Geetarhero has the camera at a Michael Bolton concert this evening (steady...no nasty comments now...she really likes his voice...

Round two on Monday...