8 months since I picked up a paintbrush!

Lockdown and pandemic generally has been 'interesting' for me. Completely lost all interest in gaming and painting despite having no work on. Truth to tell, I have been doing a lot of music, as well as managing to meet someone (On Facebook, of course...good old social media) and start a relationship by setting up a 'support bubble' over the summer, as well as spending a lot of time with my son, so I've not been exactly idle. I just haven't been interested in painting. At all!!

However, I decided after Christmas and when lockdown 3.0 started, to get the brushes back out. I've always been fascinated by 1950s-60s Hollywood westerns involving the US Cavalry and I love the look of them in those movies. Currently nobody does those in 28mm (although there are whispers that Empress are gonna do some in their Wild Bunch range), so I decided to have a bit of conversion fun. I bought some Galloping Major troopers and a set of Dead Man's Hand 7th Cavalry and I already had some 'proper' US Cavalry from Artisan and I love their officer figure, so added him in. I added braces and a couple of neckerchiefs with Greenstuff - this was a bitch of a job! Getting consistency in the width of the braces and getting the Greenstuff thin enough was a complete pain. I'm not 100% happy with what I did, but it'll do from 'gaming distance'.

I also struggled with the painting. The GM figures are delightful but the detail is sculpted very thin and the faces in particular aren't well defined. This made it difficult to use my 'dip and highlight' technique effectively. 8 months without doing any painting didn't help either as I was simply very rusty. However, they haven't come out too badly - certainly good enough to put on the table, although they'll win no prizes!

Anyway - here they are. 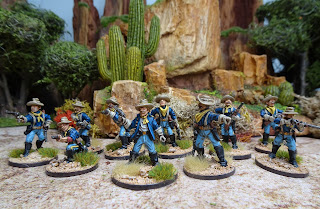 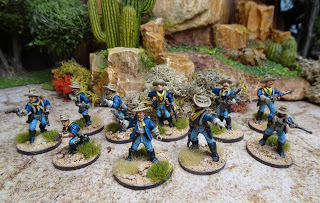 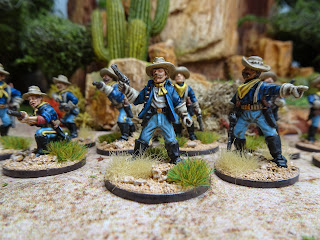 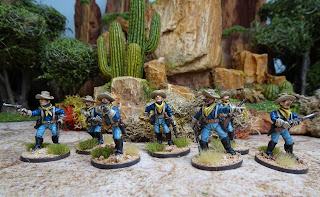 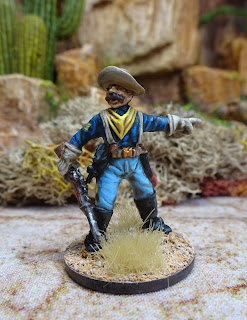 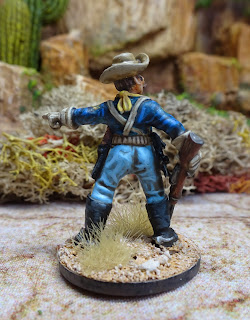 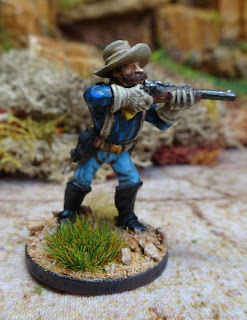 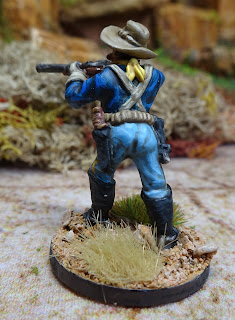 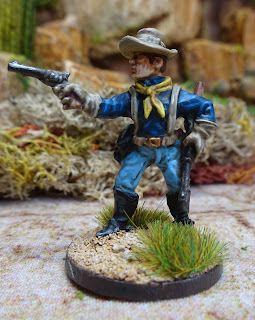 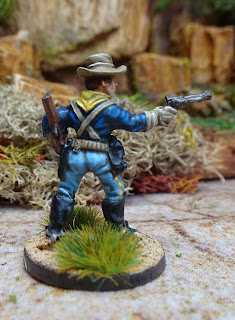 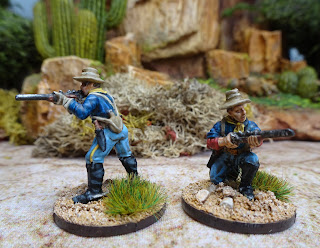 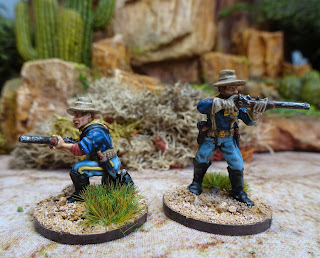 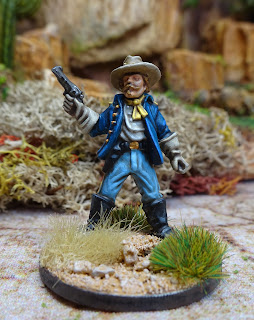 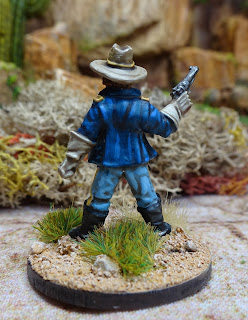 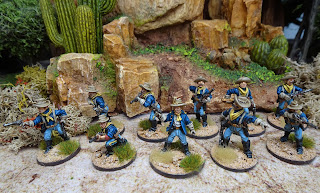 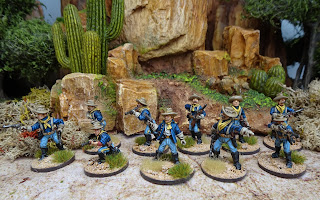 I hope you like them. Next up some cactus plants and the first Apaches, as well as some horseholder stands. I'm hoping that Galloping Major will produce some mounted cavalry soon as well, so I can do some mounted versions.

Posted by GuitarheroAndy at 04:26 No comments: