Andy MacTaggart's Bolsheviks for Back of Beyond - Getting Started...

Following on from my recent post about my British infantry for the Back of Beyond/WW1 project, my good gaming buddy Andy MacTaggart has sent me some phone pictures of the Bolsheviks he's currently working on. They just need basing and they'll be done. I really like the various colours he's used for the uniforms on these - it makes them look more rag-tag than the highly trained professional British, which is exactly right. There's also enough variation in the colours from the mass of khaki that most of my forces will have (aside from the mass of White Russian/local militia that I intend to add once my core British units are done.) These are all Copplestone figures which really are superb and are a must-buy for this period. The Bolshevik range in particular seems more complete than the others which will no doubt serve Andy well as he builds his first force.

I'll be posting pictures for him on here as his forces grow, as he doesn't blog and this is a good way to document both sides of our new project so you can follow where we're both up to. 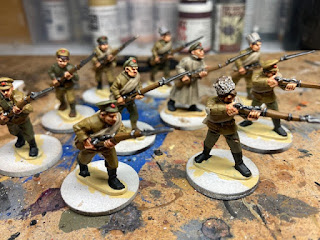 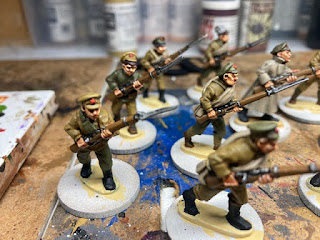 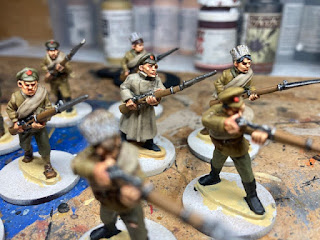 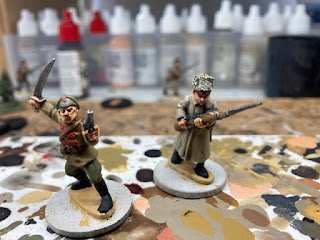 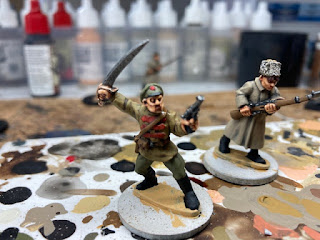 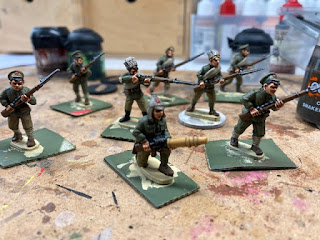 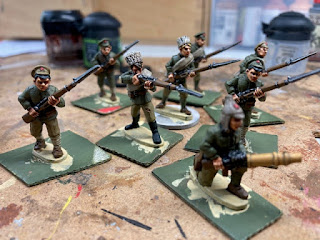 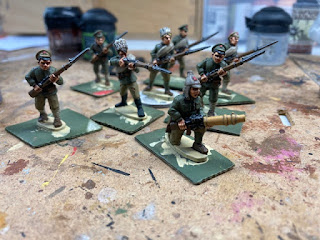 Labels: Back of Beyond